Walk Behind A Waterfall: A Trip To Seljalandsfoss

Surrounded by cliffs and green slopes, Seljalandsfoss is a beautiful waterfall in the southern region of Iceland. A footpath leads behind the waterfall, offering visitors the chance to see it from behind its cascading current. Falling just over 60 metres, you can experience the waterfall from all angles and when the sun shines, a rainbow appears, giving it a magical appearance. 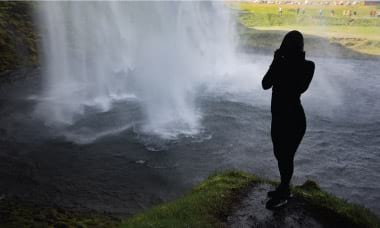 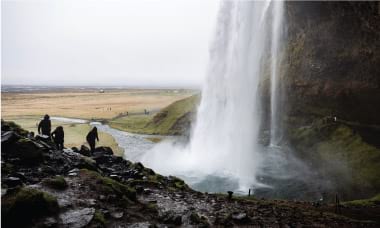 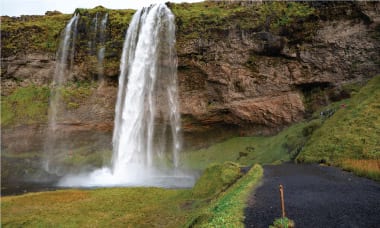 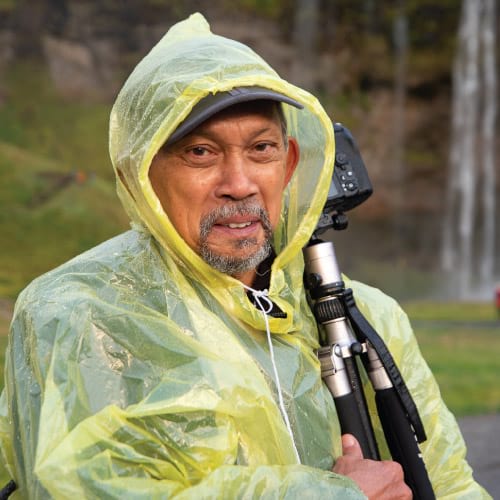 How did you hear about Seljalandsfoss?: “It’s talked about a lot on the internet,” Abdul says. “I saw the beautiful photographs and wanted to come see it for myself.”

What was something that surprised you about the waterfall?: “It’s very windy and cold,” Abdul says with a smile on his lips.

What was your favorite thing about the waterfall?” “It’s very tall,” Abdul says. “I love the time of day around sunset and I came here to see the waterfall in those colours and take a photo. It’s beautiful.”

Are you visiting the waterfall as part of a greater tour of Iceland?: “Yes,” Abdul says. “I am travelling through the whole island and this is one of the main spots I wanted to stop at.” 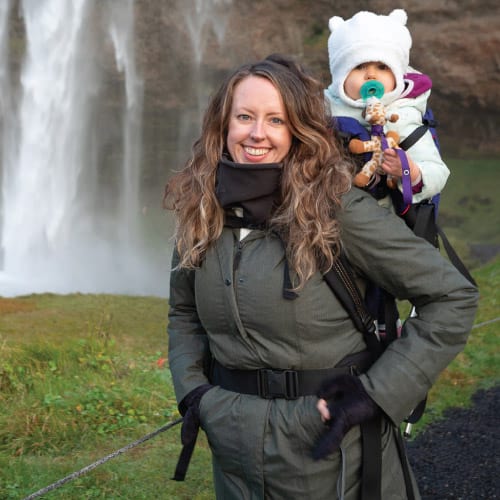 What strikes you about the Seljalandsfoss waterfall?: “I love how close you can get to it,” Jeanne says. “Also, I love how there are not a million caution signs. You wouldn’t be able to find a natural attraction without those in the U.S.”

What’s your favorite thing about the waterfall? “It’s massive,” Jeanne says. “It enters the water beautifully—it’s very graceful in that way.”

Why Seljalandsfoss?: “I read about the waterfall on a blog and was drawn by the photographs,” Jeanne says. “I haven’t been disappointed. I love visiting your beautiful country.” 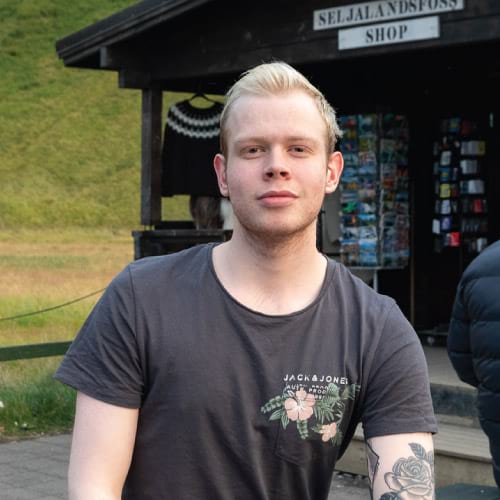 What’s something unique to the Seljalandsfoss waterfall? “You can walk behind the waterfall without having to swim behind,” Stefán says. “There aren’t any ‘obstacles’ in the way of you seeing the waterfall from behind. Also, the water is pure and you can drink it.”

When would you recommend visiting Skogafoss?: “It depends on what you’re looking for,” Stefán says. “In the winter, there are fewer people here. But in the summer, you have better chances of good weather.”

What’s a piece of advice you would give visitors?: “Don’t swim or take a shower near the waterfall,” Stefán says. “The impact is too strong. We’ve only ever had one tourist try that but we like to remind visitors not to swim anyway.”

THESE TOURS INCLUDE STOP AT SELJALANDSFOSS

Hike on a rugged glacier and explore the amazing cracks, visit two stunning and iconic waterfalls along with walking behind a 60 meter one.

Follow the North Atlantic coastline from Reykjavík into the south coast wonderland and become a Northern Light Hunter.

Ride a snowmobile, walk behind a waterfall and explore the south coast from above and "below"

On this Quad bike tour you will see all the highlights of the South, waterfalls, black sand beaches and the infamous DC3 plane wreck.