Where The Mighty River Flows: A Trip To Brúarhlöð Canyon

Where The Mighty River Flows: A Trip To Brúarhlöð Canyon

Driving to Brúarhlöð, one might easily miss out on the full beauty of the extraordinary canyon, which is located close to the Golden Circle.

At a first glance, one only sees a picnic place with tables to enjoy a brought-along lunch. However, once visitors walk a bit further down, a stunning view over the canyon and its extraordinary rock formations slowly reveals itself.

Only a powerful river could have shaped solid rock into an intricately entwined canyon and Hvitá, which translates as the white river, is well-known for its ferocity. Indeed, Hvitá river, which finds its origin right underneath Langjökull glacier, is most famous for feeding into popular waterfall Gullfoss close by.

The rock Brúarhlöð consists of is Breccia, a type of rock formed by tectonic and volcanic forces, which gives the canyon its unique look. A spectacular view over the canyon can be enjoyed when one hikes up a short path towards the left, which leads to a natural observation point. 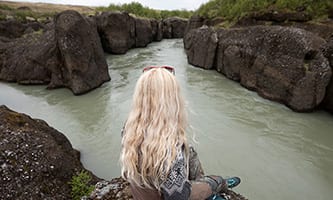 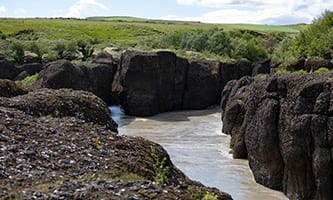 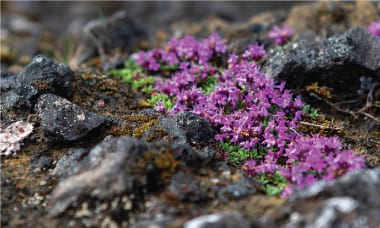 One should be careful, however, since there areno barriers and the wind can be as powerful as the river below. For people who are less fond of heights, there’s also the option of simply walking down to the shore of Hvitá, where once can overlook most of the canyon. Furthermore, it’s fun to climb uponto the rock formations towards the right side of the canyon, where one might even spot some lambagras, or moss campion, as the small, purple flowers are known.

Moreover, the history behind the location is as interesting as its geological peculiarities: A first bridge over Hvitá near Brúarhlöð was built in the year 1906 but destroyed in the winter of 1929 and a second bridge was destroyed the following year. The current bridge was built in 1959 and has been used not only to cross by car, but by horseback as well, still a popular way to explore the area surrounding Brúarhlöð. Nowadays, a popular way of exploring the canyon is by river rafting.Before a new bridge over Hvitá was built in 2010, all travellers had to cross the bridge next to Brúarhlöð. Nowadays, most people cross Hvitá by means of the new bridge, which serves as an important connection between Flúdir and Reykholt. Thus, Brúarhlöð became a hidden gem that most people drive past without realizing what a stunning natural site they’re missing out on.Brúarhlöð is not a lonesome place, though, as it is rumoured that two of the big stacks in the canyon are actually two trolls called Karl and Kerling, who watch over the area.

Where The Mighty River Flows: A Trip To Brúarhlöð Canyon.

Brúarhlöð is a hidden gem many tourists miss out on despite it lying conveniently close to Þingvellir and other Golden Circle locations. The river Hvitá reveals all its mighty power in this small canyon’s intriguingly shaped rock formations. It is thus no surprise that locals and tourists alike enjoy coming to Brúarhlöð to take pictures or just to watch the swirling water below. The little forest covering parts of Brúarhlöð’s surroundings is especially beautiful in those few autumn weeks, when it colours the dark rocks in a stunning palette ranging from yellow to dark orange. 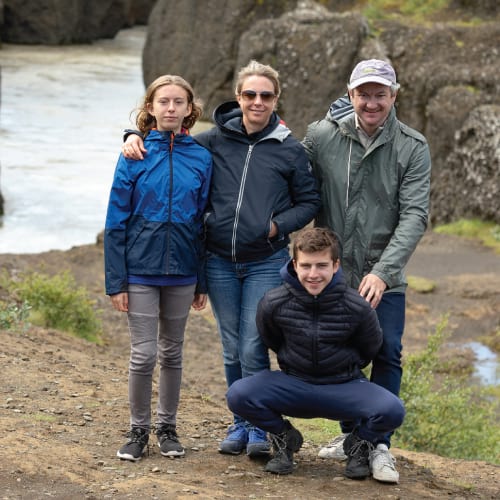 Name: Béatrice and Jean-François
From: Marseille in France

What have you been up to so far?: “We only arrived yesterday, but we’ve already done the whole Golden Circle: Þingvellir, Geysir and Gullfoss,” Béatrice explains.

Why did you decide to come to Brúarhlöð?: “Actually, we came here because we were just looking for a place to eat,” Béatrice admits with a laugh. “It’s really nice and so peaceful. There’s nobody here except us,” she adds. “And the canyon is beautiful!” Jean-François chimes in.

How has your Icelandic experience been so far?: “We love it. We are going to travel all around the island,” Béatrice says. “We chose to come to Iceland because of the unique nature and we’re travelling with two teenagers, so we wanted to choose a country where the whole family can have fun!” she explains. “They’re not really interested in culture as in going to museums and Iceland has so much to offer nature-wise,” Jean-François adds. 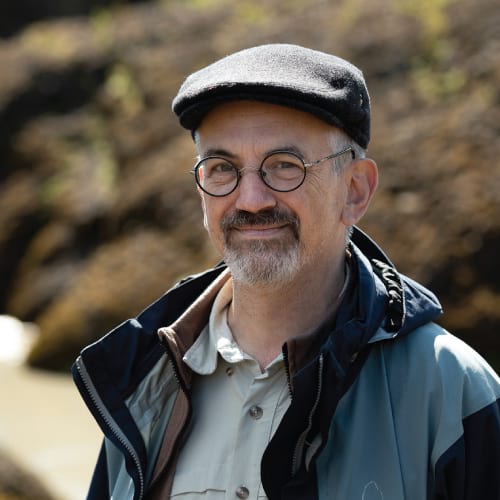 How did you come to Brúarhlöð?: “We have friends in Reykjavík and their summerhouse is just up the road,” Michael explains. “He is from this area and they’re both geologists, so they can tell me and my wife all about the rocks.”

How do you like Brúarhlöð? “I’ve never seen rocks quite like this before, it’s startling,” Michael says. “The canyon has also inspired me to draw and sketch, although I’m more of a photographer,” he adds. “I’ve started sketching as a method to prepare for my retirement, so I’ll have something to do,” he says jokingly.

What did surprise you most about Iceland? “I used to live on Baffin island for three years and I’m actually quite surprised at how many trees there are in Iceland!” Michael exclaims. 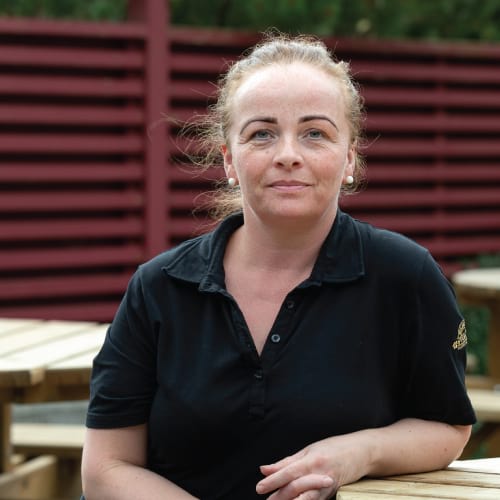 Name: Hulda
From: Iceland
Occupation: Waitress at Farmer’s Bistro in Flúðir near Brúarhlöð

What makes Brúarhlöð special?: “The river is really powerful, with strong currents, so that makes it a bit scary. I always recommend people to go there, though, because it’s such a nice view over the canyon and not many people know about it,” Hulda says.

Have you ever tried river rafting?: “Yes, I’ve once been on the river Hvitá on a boat, but I didn’t jump in from the cliff in the end. I was too scared!” Hulda says laughing.

Are there any special stories about Brúarhlöð?: “Not that I know of, but the big bridge over Hvitá was built only a few years ago and before that, everybody had to pass by Brúarhlöð, as there was no other option of crossing the river,” Hulda explains. “I also like to ride past Brúarhlöð, although the horses can get scared when crossing the bridge, which is why we usually walk.”